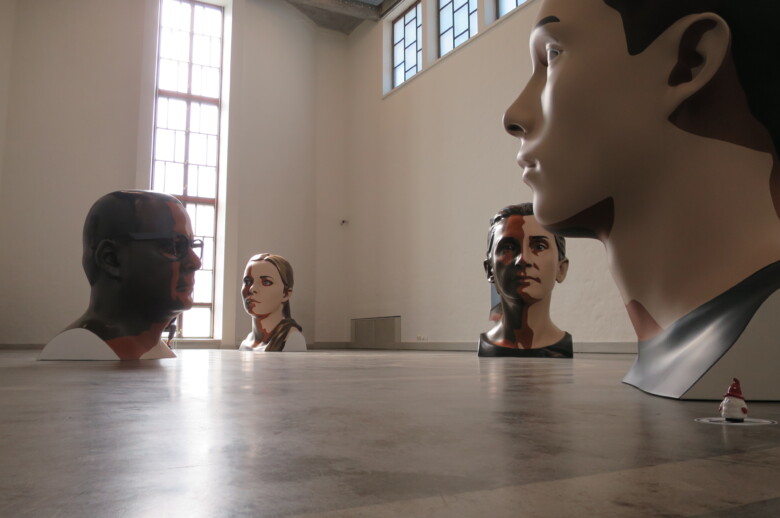 Julian Opie is a virtuoso of contemporary art. Viewing his work leaves you wondering, what the heck did I just see: a reference to art history with a link to tomorrow or just a road sign. These beauties are Lily (2014), Delphine 1 (2013), Finn (2014) and Reed 1 (2013). And of course I am there as well, showing my best side as always. In case you were wondering, Lily is my favorite and for no good reason; she just is. If I did not know that these are Julian Opie’s sculptures, I would guess that Donald Draper has finally had one too many, been fired from his job and established a career as a sculptor. Don certainly could have made it as an artist or preferably as an art-person whose public persona could not always be told apart from his art-work. But Julian is different from these geezers. With Julian there is no public persona but only his art. Just try typing Julian on google pic search. Or don’t bother because there are no photos of Julian. If the saying “picture or it didn’t happen” has any truth in it, then Julian Opien must be an alias. By the way, if you were considering to google pictures on Lily, you should understand that it is “not safe for work”. Stay safe, I’m going to the Vatican! 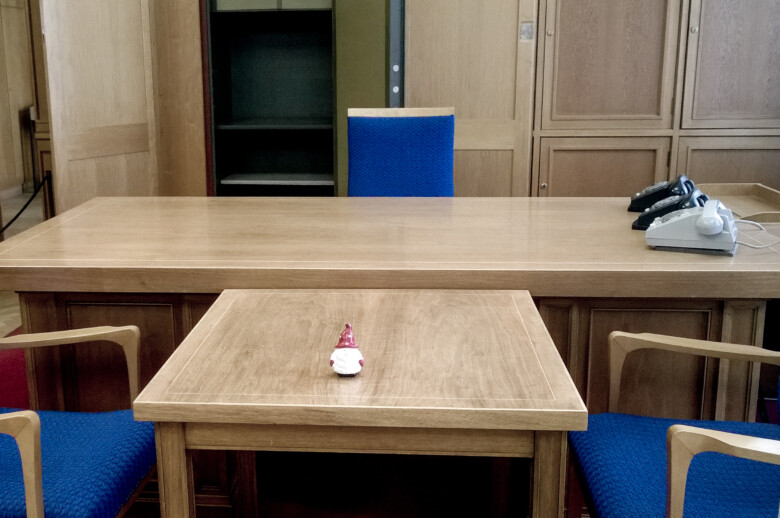 Right after the Second World War things got complicated for the whole world as the Cold War begun. Germany was split into two: east and west. And so begun the short history of East Germany, or formally German Democratic Republic.

East Germany’s ideology was Marxism-Leninism-Satanic with strong scent of communism and other fishy stuff from Soviet Union (I can’t remember where I read this but I’m sure it was a reliable source). In East Germany the ruling power thought that it needed “protection” and established Stasi, a security service which was unique in its own way. Here’s a few complimentary facts for you:

Stasi used means out of this world. It had unrestrained access to everywhere and it spied, threatened and tortured people randomly. Stasi employed officially over 90 000 people at its final stages. But we can only guess how many people carried out tasks for Stasi although they were not on the payroll. In East Germany neighbors literally spied each other and reported the peculiarities to Stasi. Just imagine if your neighbor spied on you. I bet it would not take that long until they would spot something to report – especially if your neighbor had been promised a reward.

But the world changes. When the iron curtain collapsed it was the end of history (thank you Mr. Fukuyama for articulating the clever thought). Communism is so last season in Germany. And today Stasi headquarters serves as a museum.

In the picture above you can see Stasi leader, master of the tin foil hats, Erich Mielke’s office untouched. Ok, to be accurate, the office was untouched until my visit. Erich left the building in a hurry and forgot his three smart phones on the desk. Could there be a more obvious invitation to abuse Erich’s Facebook and Twitter accounts. 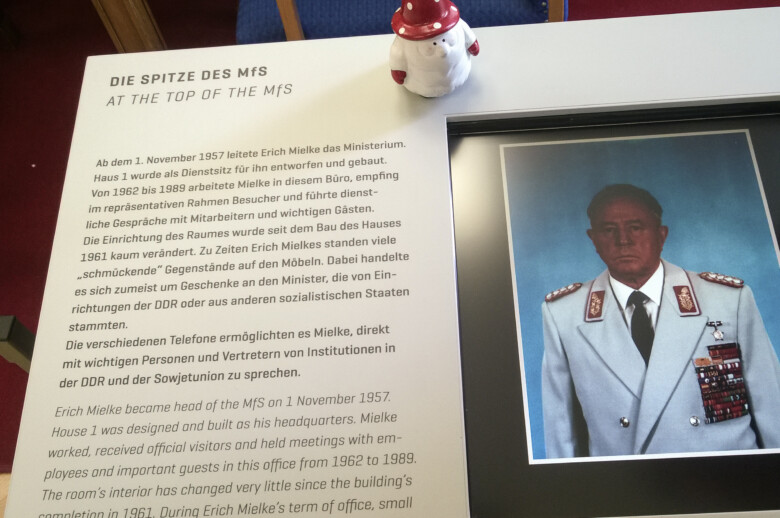 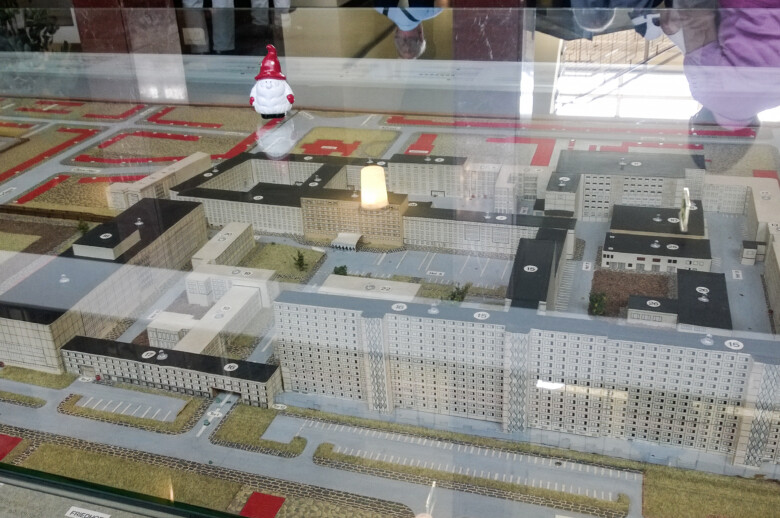 This is a pietà, and not just any pietà but the one that was sculpted by Michelangelo Buonarroti. The most interesting thing about this work of art is that the sorrowing Virgin Mary is youthful, possibly in her teens. In my humble opinion, Michelangelo’s intention was to depict Mary holding the dead body of her father, and he did a great job. The three figures of trinity is a confusing concept(?).

Michelangelo was so pleased with the sculpture that he carved his name right across Madonna’s breasts. Pietà is the only work that was signed by him. Pietà is nowadays on display in St. Peter’s Basilica behind a bulletproof acrylic glass panel. Some extra protection is required because the sculpture has attracted many vandals. In 1972 Mary’s nose was chopped off by a guy who claimed to be Jesus Christ himself. This incident led to the first successful nose job when Mary’s nose was reconstructed from a block cut out of her buttocks. Michael Jackson tried the same trick, but with less success.