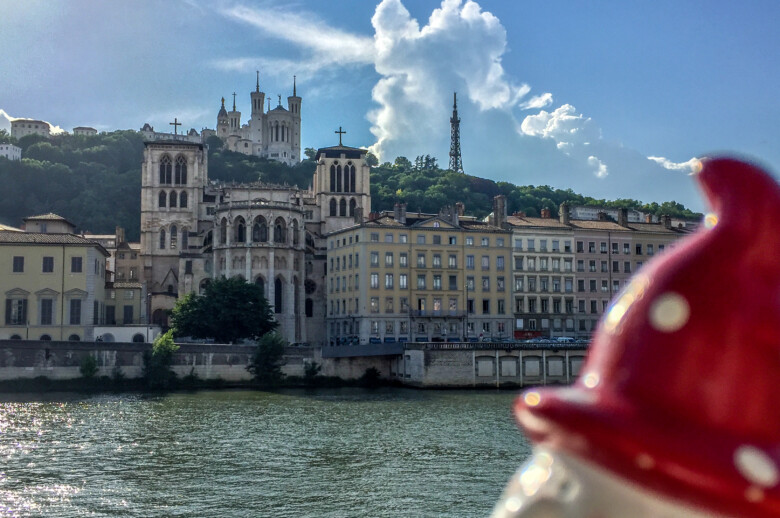 Another landmark of Lyon, Basilica of Notre-Dame de Fourvière (Our Lady of Fourvière), overlooks the city next to the miniature version of the Eiffel Tower. The basilica looks quite impressive, but I have to say that the Lyonnais may have some creativity issues. Our Lady of Paris, also known as Notre-Dame Cathedral, is an iconic landmark of Paris. According to Disney’s documentary The Hunchback of Notre Dame, Quasimodo lives in the Notre-Dame in Paris, which clearly indicates that the Notre-Dame in Paris is superior to the one in Lyon.

In the photo, the building closest to river is Lyon Cathedral. I believe that none of the cathedrals in Paris have been named as Lyon. Finally something original!